Home / Station News / Its Been a While!

Its Been a While!

Its been a while since the last post, but that doesn’t mean the group have not been busy! November / December time was reserved for the Santa specials preparing the station for the big man’s arrival the decorating was the biggest we had undertaken with plans for future years to make it even more of a great place to alight. Of course what goes up must come down which meant the first few shifts in January was the great tidy up.

Maintenance work on the outside of the building was the first big push and we didnt have much time before the first ‘half term’ runs so pretty busy indeed. This included gutter cleaning, exterior was down, picket fence wash down and general platform sweep down.

On the 28/01/2022 we saw the departure of the stored DRS engines that Direct Rail services had put up for sale – a shame to see them go. 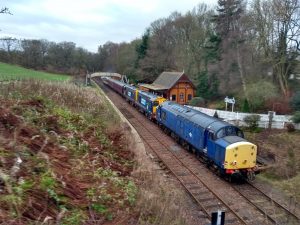 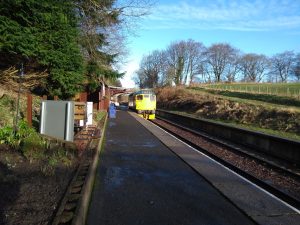