The medium to long term development plan for Birkhill has always been to make it into a Signalled Passing Station allowing the railway to demonstrate the procedure for dealing with two trains on the line whilst evoking the atmosphere of a typical Caledonian Railway crossing place on a single track branch line. 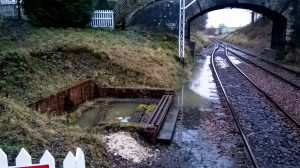 When Birkhill Station was established, the foundations for a proposed Signal Box was built, but was never completed.

It was the intent to re-use as much as possible of the recovered  signal box from Inchture Station on the Perth & Dundee Railway, we believe from the 1980’s, most of the parts including the roof are stored within the SRPS storage complex. 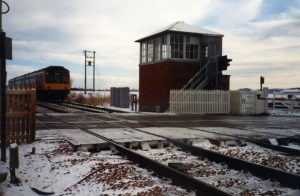 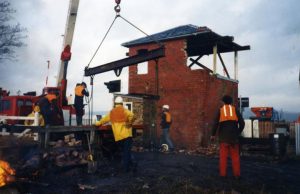 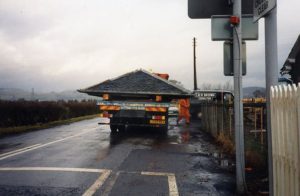 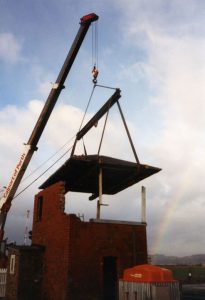 Currently,  signalling posts at either end of the station loop have been erected, and the foundations have been cleared ready for the reconstruction phase  of which drawings of the signal box & costings have been produced, however, with the construction of the second platform well underway and the footbridge from West Calder now installation, there is a renewed drive to complete the building of a typical CR Northern Division Signal box and as usual always starts with a funding Appeal which got its formal go ahead in December 2018, it is now hoped that the project will finally be achieved in the next couple of years. 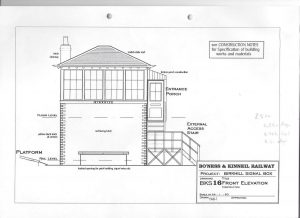 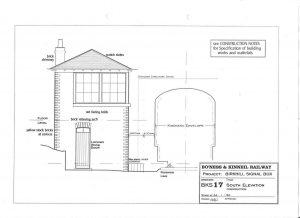 The black and white artist impression of how the box could potentially look like at Birkhill was published in the 156 addition of Blastpipe, the coloured picture is from the SRPS Winter Appeal 2018 leaflet (painted by Rod Harrison) 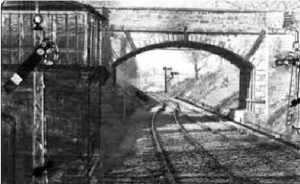 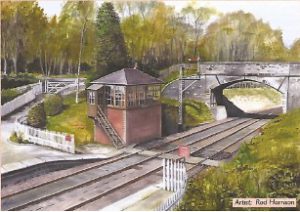