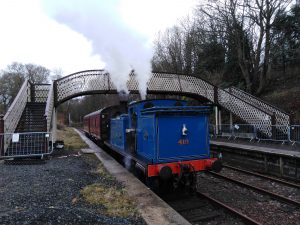 The footbridge spanning the station platforms was installed during the course of October 2018 after spending several months being refurbished at a local fabrication company in Bo’ness.

For further images of the bridge delivery and installation click on the following link; Platform 2 Build

The footbridge itself originally provided foot access between the two platforms at West Calder station. It was donated to the Scottish Preservation Railway Society by Network Rail when the West Calder station was being upgraded to enable the electrification of the line between Edinburgh & Glasgow. 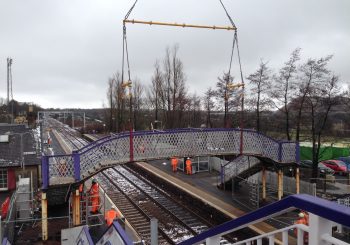 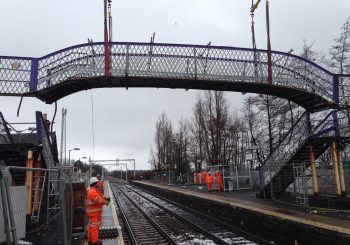 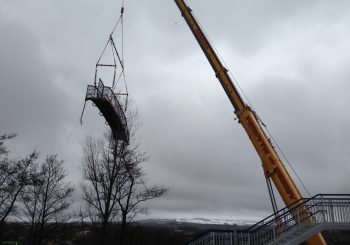 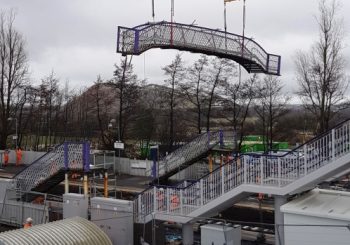 The bridge, was built by Hanna, Donald & Wilson, a Paisley based engineering company, circa 1856 when the West Calder station came into operation. The bridge is of a Highland / Caledonian Railway standard design, other working examples can be found at Pitlochry & Dunkeld (circa 1863 & 1856 respectively) on the Perth to Inverness line. 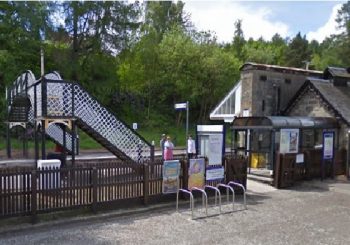 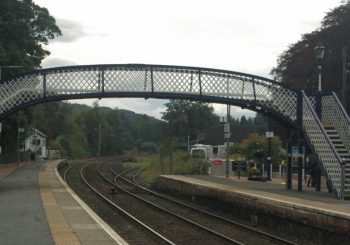 So who was Hanna, Donald & Wilson?

The company started life in 1816 when the engineering firm of Reid & Hanna was established in Paisley. However, the partnership of Hanna, Donald & Wilson wasn’t formed until 1851 when, Reid & Hanna, who were at the time canal boat builders, blacksmiths and gas engineers were facing a down turn in work due to the slump and demise of the canal trade. William Reid decided to continue on his own right in gas engineering but Hanna went into the partnership with James Donald & Robert Wilson. 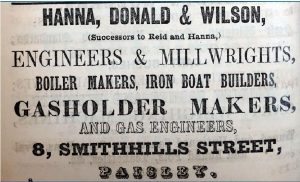 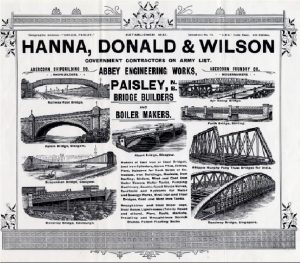 By 1893 the company had completed over 100 ships, tugs and barges including torpedo boats for the British Admiralty and several other countries around the world. Unfortunately the company was wound up just after the 1st World war.