2019 Winter Diesel Gala – Saturday 28th provided a 1960 – 1980’s feel to the railway with the diesel home fleet and supporting DRS class 66 putting on a great show along the line. 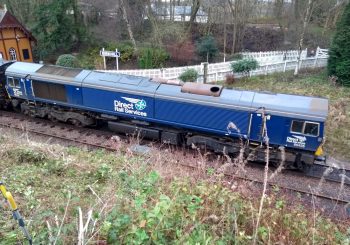 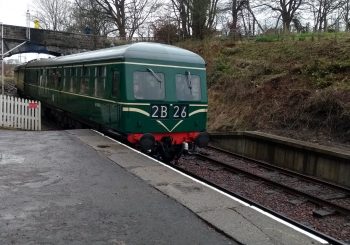 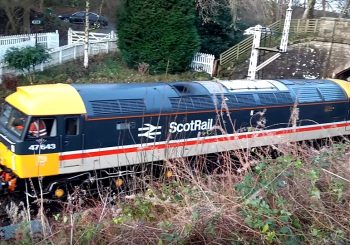 Sunday 1st September Peppercorn A1 class 60163 ‘Tornado’ passed through Birkhill with the empty Railtour stock used on the Aberdonian the previous day, on the rear is west Coast Railways Class 37 37685 ‘Loch Arkaig’. It will be stabled down in Bo’ness until the following week where it will provide the traction power for a further Edinburgh – Aberdeen ‘Aberdonian’ run.

SRPS Railtours Fife & Tweedbank Sunday runs during August meant that the engine (Black 5 44871) being used to haul the trains had to be stabled at Bo’ness, it’s owern Riley’s & Sons agreed to allow the engine 44871 to run along the B&KR line on Saturday 17th August. Below are a couple of video’s of it arriving & departing Birkhill

On the 17th May, A3 Class 60103 Flying Scotsman finally arrived at B&KR, originally due on Sunday 12th May the grand old engine was delayed leaving Inverness. 60103 was to be the star attraction headlining the SRPS Railtour’s Annual Forth Circle Steam Special which would see the engine travel across the Forth Bridge several times during the run on Sunday 19th May. The video, below shows the engine + POB travelling through Birkhill slowly early Friday evening of the 17th. Apologies for the sound was a windy day!

May 7th A4 60009 + POB on an early departure to the main line from Bo’ness passing through Birkhill at 07:15 to Manuel & the link line where it eventually headed south to Carnforth under the running reference 5Z11 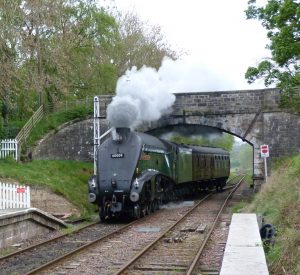 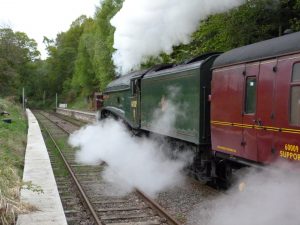 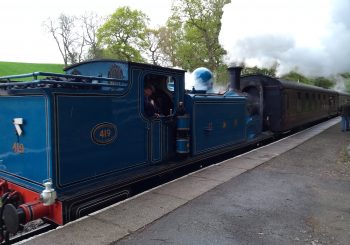 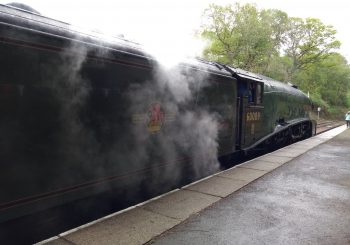 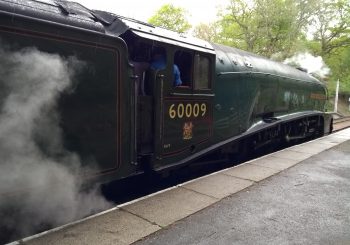 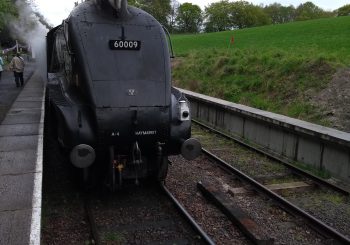 60009 waiting to depart back to Boness 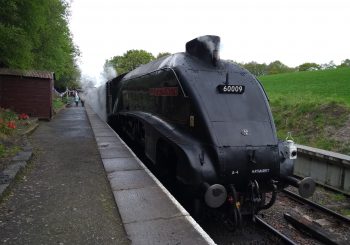